Congratulations to the following students who have been selected for the the CAS U16 and Opens Football teams.

CAS lost both 1sts and 2nds to GPS last night at the Kings School.

2nds played hard and narrowed the lead that GPS had established but could not close it and ended up loosing 73 to 65. Click here for the scoresheet

1sts started strongly however at the end of the first quarter GPS had taken the lead and from there were never headed. Click here for the scoresheet

VALE KENNETH TO
It is again with great sadness that we acknowledge another loss in our swimming community with Kenneth To, passing away on 19 March, aged 26.
Kenneth represented Trinity Grammar, CAS, NSW CIS and NSW All Schools on many occasions and is a CIS and All Schools record holder. He went on after school to represent Australia and more recently Hong Kong. He was a wonderful ambassador for his school , his sport and CIS.

Swimming NSW acknowledged the loss of Kenneth To, with the following fitting tribute:
Kenneth will be remembered as much for his results in the pool, as well as being the true gentlemen he was outside of it.
Achieving results was a key focus for Kenneth, however, he always made sure he was there to support the team and was loved by all his teammates. His work ethic was second to none and was inspirational to all those who trained with him.
Kenneth proudly supported his School, Club, State and Australia and trained under Coach Matthew Brown at Trinity Grammar School for the majority of his swimming career. He was a multiple Australian Record Holder and still holds the Australian Short Course Record in the 100m and 200m Individual Medley. In 2009, he came into the swimming spotlight when he broke Ian Thorpe’s decade-old Australian record in the 16 Years 200m Individual Medley, swimming a time of 2.04.31 and went on to win multiple National Championships as an age group swimmer.
Kenneth burst onto the international scene in 2010 at the Summer Youth Olympics and Junior Pan Pacific Championships.
Although, one of his proudest achievements would come later that year when he became Australia Dolphin 705 to represent Australia at the 2010 FINA World Short Course Championships.
The following year, Kenneth was selected onto the Australian Team once again to compete at the 2011 FINA World
Championships. In 2012, he narrowly missed selection onto the London Olympic Games team, but went on to be crowned Men’s Overall Winner in the 2012 FINA World Cup Series. That same year, Kenneth won Silver in the 100m Individual Medley at the FINA World Short Course Championships. In 2013 he again represented Australia at the FINA World Championships and in 2014 was selected onto the Commonwealth Games and Pan Pacific Championships Teams.
At his peak, Kenneth was arguably, pound for pound, one of the best short course swimmers in the world, his power at the start and skills across all four strokes were difficult to match.
Everyone who ever met Kenneth will have fond memories of the time they spent with him and he will be mourned across the swimming community worldwide.
Our love and deepest sympathy are with Kenneth’s family and friends at this extremely difficult time.

Reproduced with thanks from CIS

CAS had a dominant night at the Basketball on Thursday winning both games against AICES.

The honours were split in the representative Basketball matches between CAS and ISA at Cranbrook on Wednesday. In a tough match ISA won 2nds 70-64. In the 1sts CAS lead at every quarter to finish on top 71-65.

Thursday CAS face off against AICES on the Central Coast and next week they play GPS for the Peter Yeend Trophy at Kings.

To view score sheets of the games click here 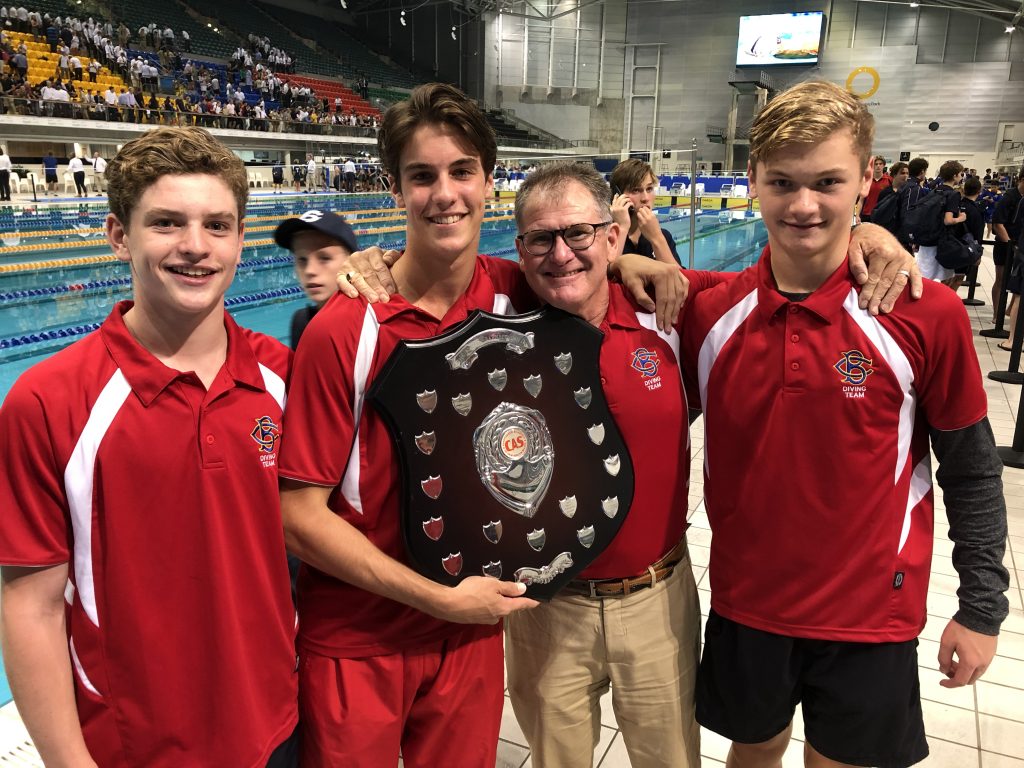 Congratulations to the following boys for being selected in the CAS 1sts and 2nds Basketball teams.

For details of training time and matches click here

With the final round of summer sports 6 Premierships were decided. Congratulations to all of our winning schools.

The CAS team to play GPS on Wednesday 20th March, 2019  at SHORE War Memorial Fields 9am has been selected. All players including reverses will play.