The two teams will then assemble in Brisbane on September 24th to play games with New Zealand and Tongan Schools.

On Sunday 7th October a squad of 27 players will be announced to tour the UK in November / December.

The CAS students selected, in alphabetical order are–

The CAS U16 Rugby team has gone undefeated at the NSWSRU trials over the weekend. In a strong display in 3 games across the weekend the team posted wins over CCC and CHS and had a draw with GPS Presidents B team to finish 3rd (due to the tournament rules).

The game against GPS Presidents B was an arm wrestle with GPS scoring first which would prove critical for progression in the trial. CAS were down 10-5 at half time with the very strong winds having a major effect on the game. CAS fought back to level the scores however under the tournament rules the first try scorers went through to the Shield Final which meant CAS would play CHS in the John Miller Shield Final. Tries to Luke Hennessy (T) and 2 to Ronald Volkman (W).

In the John Miller Shield final CAS started strongly and were never headed running out winners 29 to 5. Tries to  Ronald Volkman (W), Tyronne Albertyn (B), Ky Willoughby (T), and 2 to Jordan Swann (W) Con 2 to Lucas Vass (B) 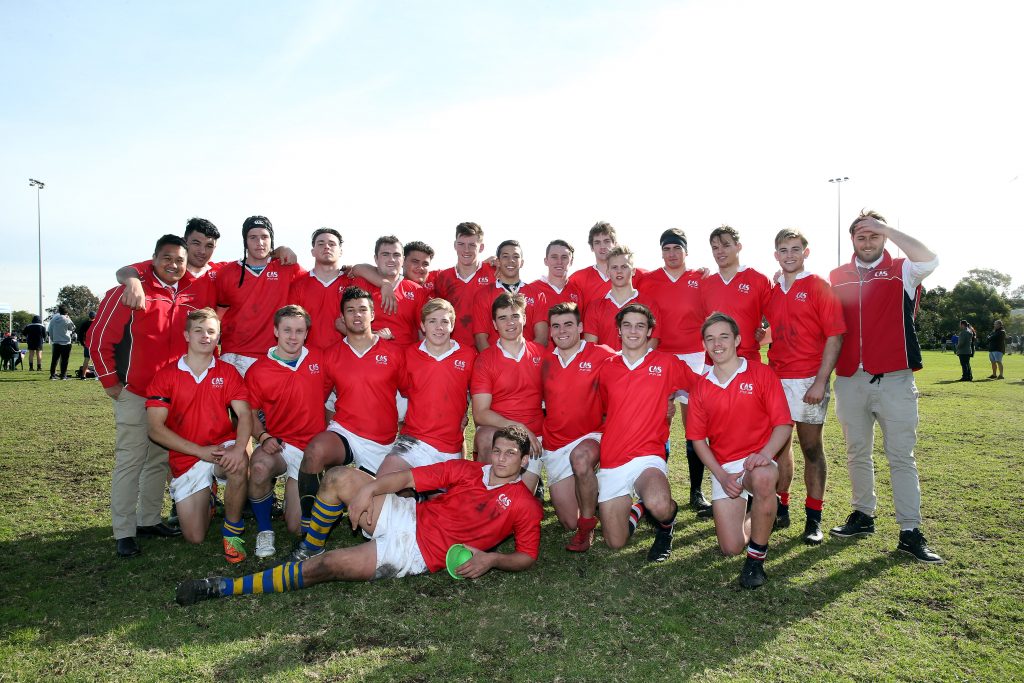 CAS 1st and 2nds have both posted wins at the NSWSRU open trials on Friday.

In a tough encounter with a very large Combined Catholic Colleges teams the seconds started very strongly scoring 2 tries early. CCC then struck back with a try of their own and a penalty  try. It then each team swapped tries. The second half then became a side to side and end to end feast of running rugby with both teams throwing the ball around. CAS ran out winners 48 to 33 with Tries to Malachi Hawkes (T) x 3, Harry Whiteman (W), Jordan Cameron (B), Soine Vuki (T), Levi Milford (W), Luca Martin(W) Con Daniel Andrews (W) x4.

CAS 1st in their encounter with ISA started very slowly with fatigue a factor after their win against GPS on Tuesday. ISA opened the scoring and were dominating the breakdown in the early exchanges. The CAS forward then started to take control of the game giving their backs so good front football. ISA went to a 12 -10 lead but CAS came back and scored again retaking the lead. ISA weren’t giving up and scored another of their own taking the score to 17 to 15. With minutes left on the clock CAS were awarded a penalty which was kicked to make the score 18 to 17 which was the final score. Tries Harry Flaherty (B), Luke Reimer (B) Tane Edmed (T) PCon Tane Edmed (T) 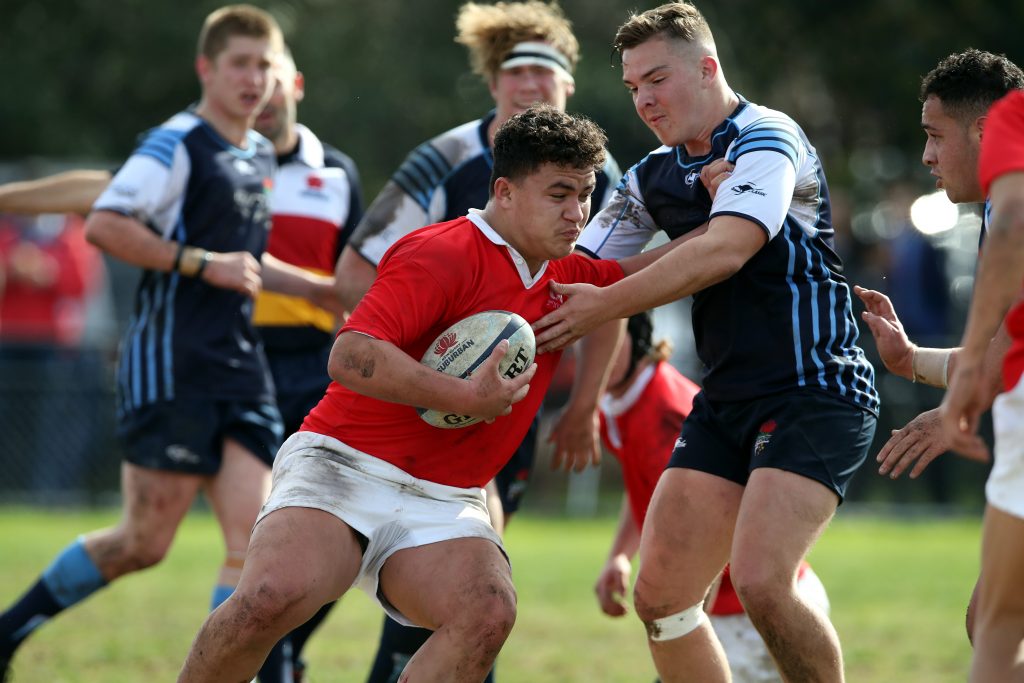 Congratulations to the following boys who have been selected in the NSW Schools Representative teams. 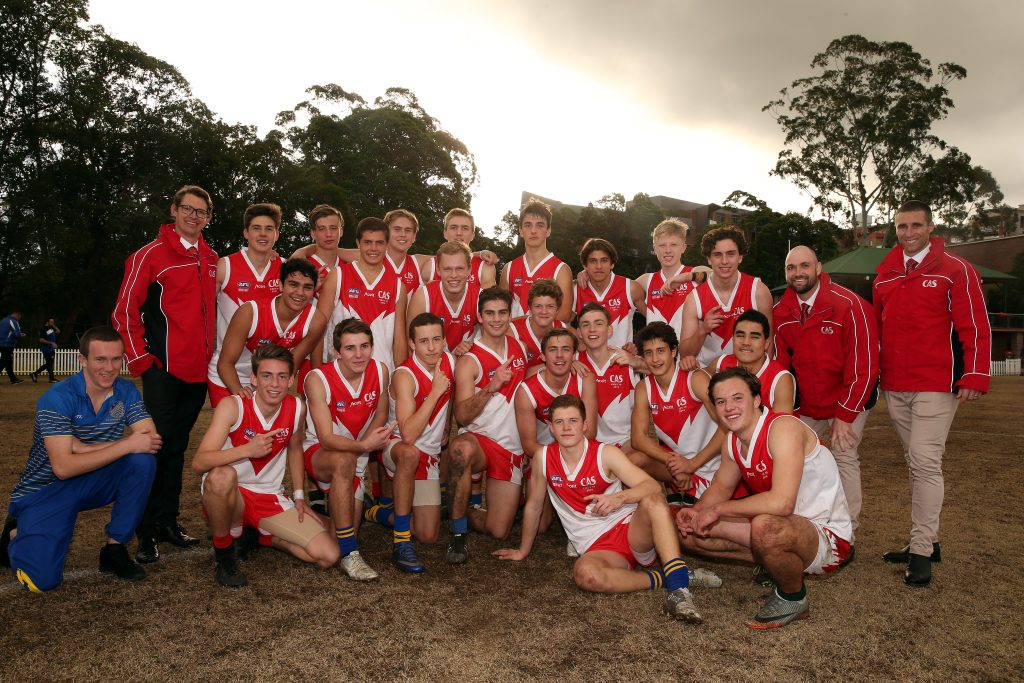 CAS have run out winners in the inaugural AFL challenge match between CAS and a GPS Presidents selection team.

In what was a very tough and skill full encounter GPS opened the scoring with the first goal of the day. CAS then started to get things together, however the first 2 scores were behinds. CAS then found the main posts and scored their first goal and finished the quarter 1.6 12 to 1.0 6

From this point CAS remained in control with great work in the defensive line limiting GPS’s scoring opportunities.

Both CAS and GPS would like to thanks AFL NSW/ACT for all of their support in helping to stage the match which it is hoped will be a yearly event. 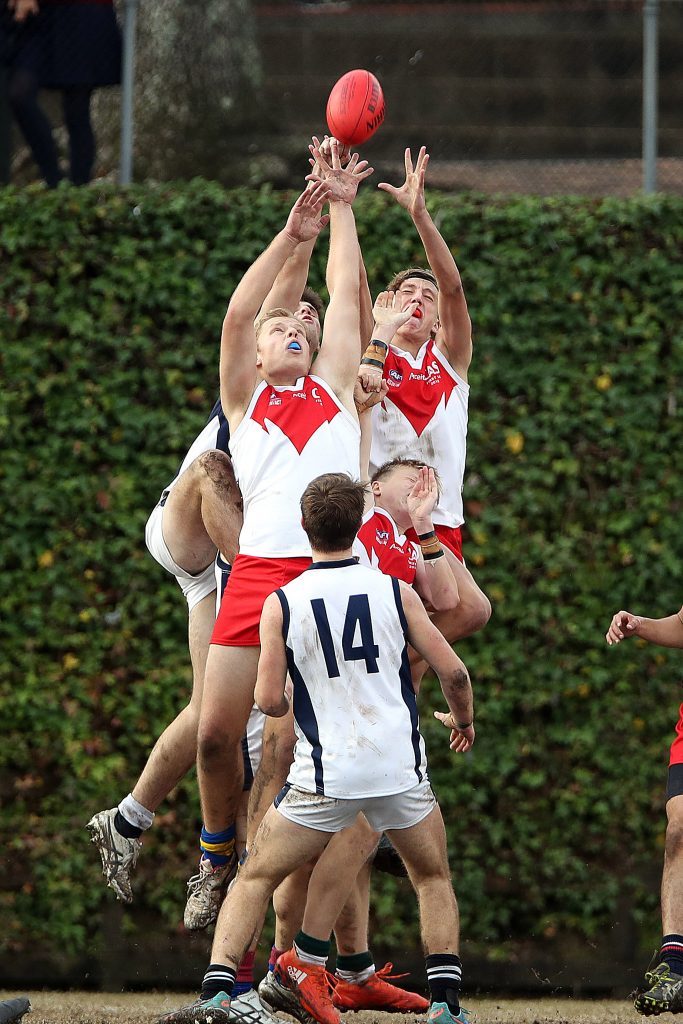 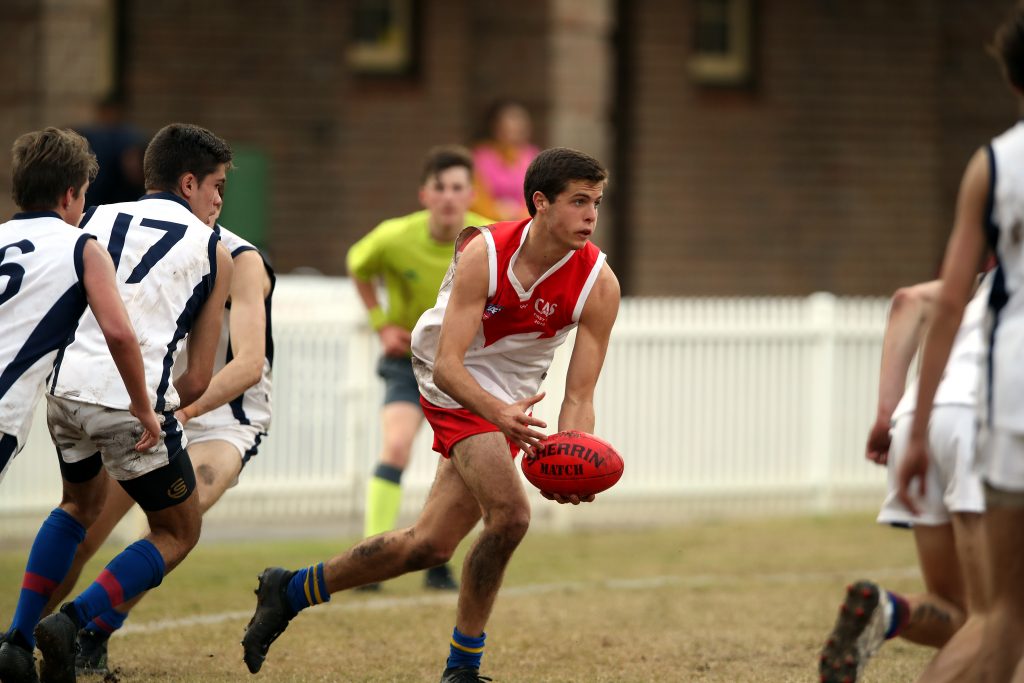 Congratulations to the following boys who have been selected in the U16 CAS Rugby team to play at the NSWSRU trials to be staged at David Phillips Field Daceyville on Saturday June 30th and Sunday July 1st.

All Players must complete the linked form out by and agreed to by parents or guardian to give consent for the student to participate in the trials, provide information for NSWSRU selectors and NSW Rugby staff.

Players listed as shadows are to attend training as well on Sunday June 24 from 9am at the main Oval of Cranbrook School.

All Players must complete the linked form out by and agreed to by parents or guardian to give consent for the student to participate in the trials, provide information for NSWSRU selectors and NSW Rugby staff.

Congratulations to the following boys who have been selected in the first CAS Opens AFL team to play the GPS Presidents selection team at Barker College on Wednesday June 27 at 2pm.

Players listed as shadows are to attend training as well on Monday June 25 from 4pm to 5.30pm at JUBILEE OVAL 2 Northcote Rd, Glebe NSW 2037

For full details on the CIS Carnival click here

The CAS Opens team to run against GPS on the 4th of August is:-

Good luck to all of our students