Knox Grammar was host to the NSWCIS Water Polo Trials for 2019. These trials consisted of representative teams from the AAGPS, AICES, ISA and CAS as well as a Barbarians team made up of the four school associations.

The CAS team had diverse representation with athletes from 5 out of the 6 CAS schools selected to represent the association:

Furthermore the following boys from CAS schools were selected into the Barbarians team.

The CAS team started the day well with a strong win against AICES with most players finding the back of the net. Strong performances from Tyrone Albertyn (B) both on defence and offense saw the AICES side struggle to get back into the game.

The 2nd game of the day was against a strong and motivated Barbarians side who had given ISA a lot of grief in the game prior. Unlike the first game, this was a tightly contested battle with the Barbarians scoring a late upset goal to tie the game up 3-3. Valiant efforts from Tristan Glanznig (T) and Tyler Krenkels (K) were not unnoticed. Special mention to Sam Jones (A) and Marcus Spano (A) who both had excellent games against CAS.

ISA was up next, and after the disappointing draw to the Barbarians, the CAS boys were eager to impress.  Strong performances across the whole squad showcased the collective capabilities of the team and resulted in a comfortable win for CAS.

The final game for the day was against a strong AAGPS side. With many of the boys from GPS and CAS playing with and against each other in club water polo competitions, bragging rights were up for grabs. Excellent sharpshooting from Nikita Strbac (W) and Lucas Vass (B) kept the GPS players on their toes. Whilst Kai Young (T) worked hard to control the centre the GPS team recognised his threat and defended him with multiple players, restricting him offensively.

This proved to be a smart tactic as the AAGPS team finished victorious over the CAS team.

Following the final game of the day a squad of 13 and a number of reserves were selected for the NSWCIS U17’s team to compete against NSWCCC and NSWCHS later this year.

The squad included a number of CAS athletes including:

Congratulations to all of the young men who have made section into the NSWCIS U17 squad and we wish you the best in your journey to All School selection.

The CAS U15 Cricket side to play GPS has been selected.

CAS U15s will play GPS U15s on Sunday the 3rd of March on Hordern Oval at Cranbrook School starting at 10am.

Barker College are the Winners of the CAS T20  2018 Competition with the final played on Tuesday 12 February at Barker Oval.  Barker set Waverley an imposing total of 6-139 off their 20 overs. Waverley with a required run rate of 7 runs an over just could not get the target and finished with 8-123.

Well done to both teams. 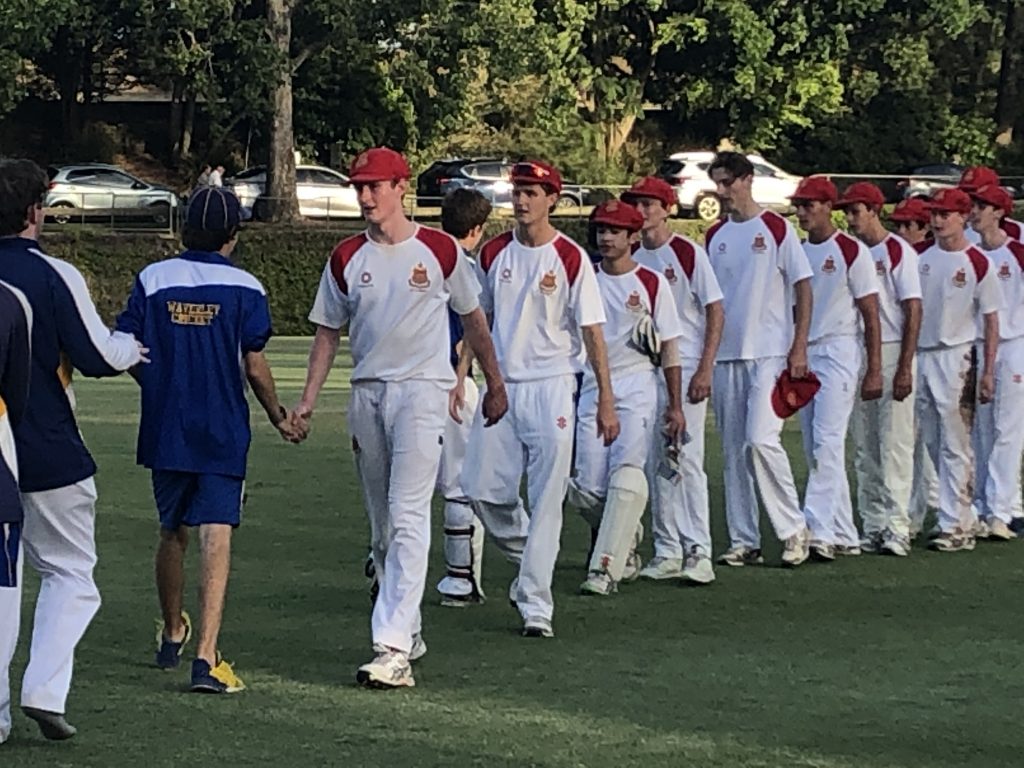