It was a good day for the CAS team with some new players making their debut appearance for the team. The CAS boys combined well with their partners from other schools and looked like they were enjoying every moment out on the courts. It was great to see how well our boys all get on with one another.

There was some outstanding tennis played by Roger Sweeney (W) and Leo Phijdvijan (K) in their doubles to win both sets against a tough pair. Dylan Guler (T), Nicholas Fiani (C), David Windybank (B), Max Dimmick (B) were a few boys to mention for some solid tennis played in their singles.

A highlight for the day was seeing all the CAS boys really getting behind one another in all of the matches.

Thank you to Barker in their membership of ISA for hosting.

CAS 16s Cricket side have defeated GPS 16s in a high scoring match on Rosewood Oval at Barker on Sunday Feb 28th. CAS batted first and scored 7/251 with Melvey scoring 56 and Brooks 55. In reply GPS were all out for 233 with Walsh the best of the bowlers 3 wickets for 23 runs off 10 overs.

The CAS 1sts Cricket team lost to a strong GPS side at Barker Oval on Sunday Feb 28th. Having won the toss and choosing to bat CAS started well scoring 62 before losing their first wicket. The GPS spinners then got on top and  to CAS to be all out for 123 off 42 Overs. T Chapman for GPS did the damage with the figures of 5 wickets off 6.2 overs for 11 runs. J Hughes top scored for CAS 39.

GPS Chased down the target in 23.4 overs losing 1 wicket that of top scorer A Sidhu 70. 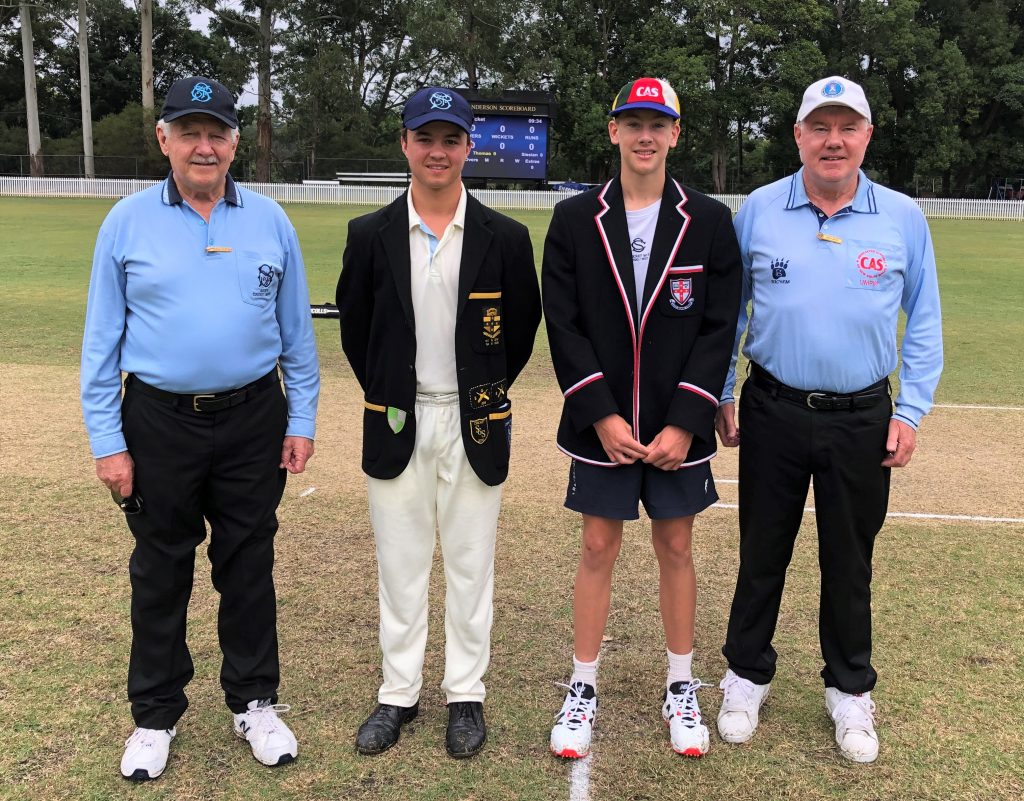 Captains and Umpires for Sunday’s Match

Congratulations to the following students who have been selected in the CAS tennis team to Play ISA on Tuesday 2nd of March at Barker College. Boys are required to be at Barker at 8:15 with their school Blazer for photos at 8:15am.

For more information on the representative program click here

For information on the trials go to CIS Tennis

Details of the event can be found here CIS Water Polo

The 2020 CAS Diving team for CIS is as follows

Congratulations to the following students that have been selected in the CAS Swimming Merit Team.