Skip to content
CAS U16 Rugby Win The Martin Pitt Shield
Posted on June 27, 2022 by admincas

The CAS U16s Rugby team has won the Martin Pitt Shield for the first time since 2014 at the NSW Schools Rugby Union Trial tournament. In what was a very close final CAS defeat GPS A 24 to 21. The CAS boys started well and got out to an early lead of 16 to 7 at half time. GPS fought and tied the game at 21 all. A long range penalty to CAS gave them the lead which they then had to defend for 3 minutes under huge pressure from GPS.

Well done to the team and the coaching staff. 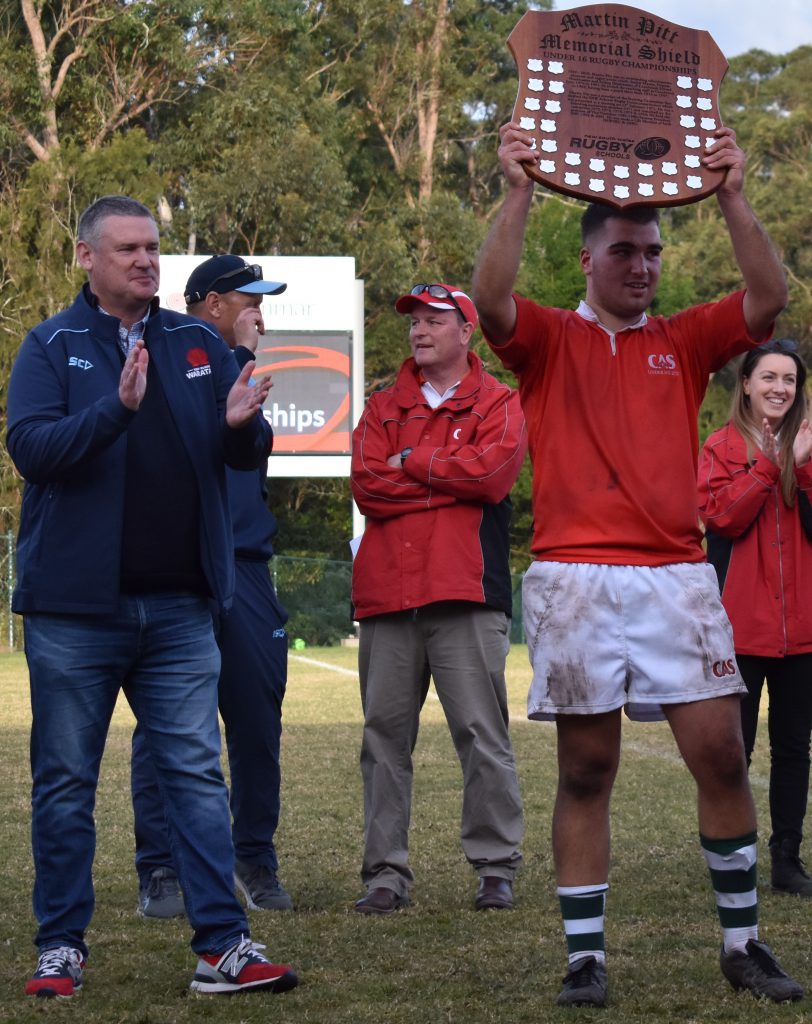